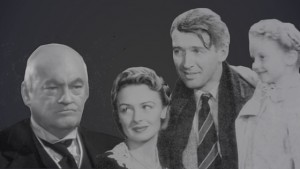 “God, grant me the courage to change what I can, the serenity to accept the things I can’t, and the wisdom to know the difference.”

The serenity prayer. It’s a useful mantra of sorts because there really is no point to lamenting that which we can’t change.

It’s not clear to me why unequal income is grounds for redistribution while unequal serenity, maturity, and peace are not. Some people suffer from surfeits of faith, hope, and love in spite of dire material circumstances—think of Gandhi and Mother Teresa. Others have all they could ever want but still have no peace.

You might know this feeling. You’re drifting off to sleep or slowly emerging from sleep or trying to focus on something when some rogue neuron in your brain decides to fire in such a way as to remind you of one of those things you did in high school that was so stupid, cruel, immature, or all three. There is precisely nothing useful to be gained from calling down calumnies on one’s sixteen-year-old self. Some people recognize this, laugh it off, and move on with their lives quite easily. Others don’t. Are these others not entitled to relief? If so, is favorable tax treatment of religious organizations therefore justified?

There are a lot of people in the world who have been dealt genuinely rotten hands, such as children in third-world institutional basket cases marked with poverty and slaughter. In these cases, the differences are clearly material, but the inequalities persist in large part because relatively wealthy countries don’t let them move and freeing up international markets in goods, services, labor, and real estate would go a long way toward remedying these.

Things are less clear in relatively wealthy countries where even the very poor are very rich by global and historical standards. As Robert Fogel pointed out in his 1999 Presidential address to the American economic association, material super-saturation means an unequal distribution of “spiritual goods” matters most.

Who, therefore, deserves relief: George Bailey, who struggles materially but who is “the richest guy in town” because he has so many friends, or the materially wealthy but spiritually impoverished Mr. Potter? The answer isn’t really that clear.