I confess: I enjoy professional wrestling non-ironically. A few years ago I got back into it and have let my interest lapse somewhat—I cancelled my subscription to the WWE Network and haven’t watched a show in some time), but I enjoyed professional wrestling a lot as a kid and still enjoy it as an adult. I’ve even traded tweets about immigration with Zeb Colter. 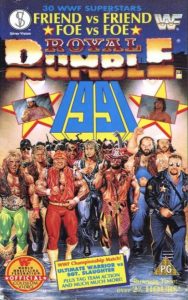 Here’s what I expect: when all is said and done, we will find that pro wrestling’s effect on mortality is negligible due to selection effects. Think about what a career in professional wrestling means: a few hundred nights per year on the road, grueling beatings night in and night out, and injuries upon injuries upon injuries. It seems like such a gig would attract people with high-risk tolerance—in short, it would select from a population that would likely have accelerated mortality in any case.